According to ancient legend, “grappa” is derived from the word “graspo” meaning ”grape bunch” in Veneto dialect.
Italy has been under the spell of grappa since the middle ages but it was only at the very beginning of the 17th century that the Venetian Senate established the so-called “Corporazione degli Aquaviteri” – the Distiller’s Corporation – and set the laws and standards for distillation in the Republic of Venice.
For generations, Italians have savoured grappa at the end of a meal as a digestive, served it with their espresso (the famous “caffè corretto”) or more recently, used it as a base for their cocktails and aperitifs.

The word Alchemy comes from the Arab word al-kimiyya or al-khimiyya that means “chemistry” and appears to be connected to the Greek “khymeia”, “to melt” or “blend together”. However, Alchemy isn’t just the mother of chemistry, but a philosophical tradition that developed over more than 2000 years. This tradition aimed at purifying, maturing and perfecting substances: alchemists believed that the process itself would lead to the perfection of their human body and soul.
The production of grappa has a lot in common with alchemy – the process of transmuting a base substance into gold through three steps: fermentation, distillation and sublimation. The same steps used for the production of grappa. 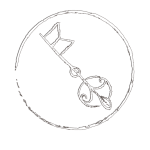 The key, used in Alchemy to symbolize the SPIRIT, or necessary KNOWLEDGE to create the ‘Great work’, stands for Gra’it’s excellence.
Like every alchemist, the Bonollo family has developed their very own distillation process (the S.U.B. – Sistema Unico Bonollo) by uniting 170 years of tradition and experience to state-of-the-art technology. 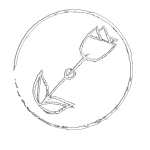 In Alchemy, the rose symbolizes the soul, pleasure, and what connects us to life.
An Alchemy of life is built over time: every generation somehow improves an aspect of life and if the next generation welcomes this innovation then the innovation itself becomes a tradition. Progressively, traditions blend together and become a “way of life”.
Thanks to many alchemists of life, generation after generation, Italians have developed a unique “way of life” that is able to appreciate the simple things and enjoy life the fullest.

THE COURAGE TO INNOVATE TRADITION

Innovating the millennial grappa tradition requires courage.
In Alchemy, the LION represents the courage necessary for the ‘Great work’. The winged lion of Venice represents Gra’it’s homeland, the Veneto region, and Gra’it’s strength in innovating the grappa tradition.
Traditions, are nothing more than successful innovations consolidated over time. This is why the maxim that surrounds the winged lion “Spiritus Familiae Virtus” (the courage lies within the family spirit), refers to the origin of such courage: the innovative soul embedded in the Bonollo family. 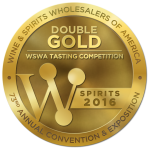 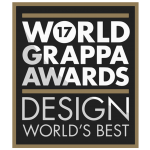 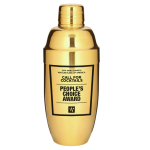